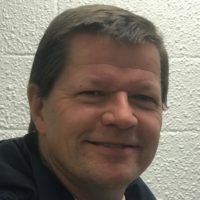 Ralph is new to the St. Albert Mustangs but not to coaching. Ralph spent 5 years with the Kitchener Waterloo Track Club coaching middle distance runners, 4 years with the Split City Sonics (Lloydminster) coaching developmental athletes and throwers, and 3 years with the Airdrie Aces coaching throwers. You may recognize him as he also spent last season as a throws’ official and as an announcer for Athletics Alberta. His best product, in more ways than one, has been his son, Andreas, who is the current USport weight throw champion and number three in Canada in the junior hammer outdoors. Ralph is a former sprinter and hurdler. He has also coached soccer at all levels for 11 years.