Athletes aged 14 & older, moving away from the multi-discipline approach

The Peak Performance program is designed with the older athlete in mind. The focus of the training now moves away from a multi-discipline approach to specializing in areas of interest. These interests may still be wide spread or may become event specific. In either case, the training is delivered with a more competitive mindset and prepares athletes to eventually excel at the regional, provincial, and national level.

Training days and locations vary depending on the season, the chosen discipline, and coach availability.

There is lots to know when it comes to sprinting, hurdling, or running relays; now the secrets to those events can be revealed! Come join the team and get the edge on your competition.

What is it that seems to give some athletes an edge over others when it comes to sprinting? It seems like a simple enough action, but if speed is what you’re after, knowing how to angle your body, position your legs, and drive with your feet correctly will really separate the hares from the tortoises. So, while genetics can play a part of one’s potential, the good news is that with a few simple tweaks here and there and a little applied knowledge, you can learn to run faster than you’ve ever run before. Let our professional sprint coaches help you.

Lifestyle of a Sprinter

In everything we teach at St. Albert Mustangs Track we like to relate the skills you learn to your lifestyle – to make the benefits of what you experience on the track apply to the rest of your life as well. What you do on the track to win, can also be done in life to achieve success.

As a sprinter you are taught to visualize a race – visualize that you started out of the blocks first, that you lead the race, and finally that you won the race. Visualization is a powerful tool in track and can be the same in life. For example, you can use what you have learned in track about visualization as a student. You can visualize getting great marks, being the very best student you can be, or visualize that you are on the podium receiving your diploma (your ultimate medal in life). This can also apply later in life – when you go into a sales meeting you can visualize selling a product, or better yet, visualize that the product is sold.

By approaching our training this way, it is our hope that what you learn in track becomes a way of thinking, a lifestyle of success.

There are clear differences between sprinters and distance runners. At our club we teach the sprint, speed endurance, and aerobic conditioning to master this event.

The Long and Short of It

Distance running can be broken down into middle distance events, otherwise known as “the long sprint”, and long distance events. While there can be some overlap in training with some of the shorter middle distance events, typically the type of runner that excels in distance running is not the same type of runner who excels in sprinting. Many differences between the two type of runners can be explained through physical differences (aerobic capacity, muscle size, etc.), but one should not overlook the difference in running techniques. Our coach has been involved with the club for decades and many of our athletes have gone on to win scholarships.

Lifestyle of a Distance Runner

At St. Albert Mustangs Track we like to relate track and field training back to lifestyle. In distance running we are taught about speed endurance and daily routines of running miles every morning. Endurance means to endure and carry through. In life we also need to have endurance to carry through tough times, long school projects, relationships, and hard days at work. Endurance is a fundamental part of life, and if learned through track and field, it will carry on throughout the principles of daily life.

Jumpers attempt to defy gravity – pushing the boundaries for distance and height. Nothing beats sailing through the air, reaching for a few more cm in long jump or flying over the high jump bar.

In the high jump event, athletes sprint down a runway towards a four metre long horizontal bar and jump vertically over the bar on to a cushioned mattress. The crossbar is increased in height as the competition progresses and more competitors are knocked out. There are various methods of jumping over the bar, but the most common is known as the ‘Fosbury Flop’, where the athlete curves the direction of the run during their last four strides, draping themselves over the bar and landing on to their back. Whatever their chosen method of jumping over the bar, all contestants are required to make the take off from one foot. After three failed jumps an athlete is eliminated from the competition.

Like many field events, the long jump involves more skill and technique than just being able to jump. First the athlete must have good speed as they sprint down the runway to prepare for the jump; next they must have very good foot work at the end of their run so they can launch as close to the line as possible without going over the line and faulting; third they must make a good jump; and lastly they must have proper form through the air and into the landing. All of these techniques and skills must be executed to perfection to pull off a good long jump. The distance traveled is measured by the first mark made by the athlete’s body in the sand on landing.

Also known as ‘the hop, step and jump’ the triple jump requires the athlete to begin with speed, but to maintain energy for the take-off. The triple jump begins with a sprint down the runway and is followed by a hop, a step and a jump before the athlete propels their body into the air, with the aim of landing as far from the starting point as possible, in the same manner as the long jump. When the athlete hops, they must land on the same foot as they began sprinting on and the step should land on the opposite foot. As with the long jump, no part of the body must touch the ground between jumping and landing and the jump is classified as a fail if the athlete begins jumping after the take-off line.

The pole vault requires the athlete to clear the height of a horizontal bar with the assistance of a vertical pole, with the bar increasing in height as more athletes are eliminated from the competition. The athlete begins the jump by sprinting down a runway and then plants the pole into a box in front of the bar, using the pole to power over the bar. As with the high jump, a pole vault is classified as a fail if the contestant knocks the bar down during the vault and after three failed attempts the athlete is then eliminated from the competition.

**Currently, we do not offer Pole Vault at our club; however, we can assist you in finding a coach if this event interests you. As for the remaining jumping events, our knowledgeable coaches will assist athletes in achieving new heights and distances by teaching and refining runways, takeoffs, and landings. We are always happy to share our passion for jumping.

Requiring perhaps more strength than any other athletic event, the shot put requires the athlete to throw an extremely heavy ball across a specified distance by transferring leg strength up through the arms. The athlete is required to begin the throw from a stationary position within a marked circle and must throw the shot using one hand only. The contestant is disqualified if they leave the marked circle before the shot has touched the ground.

Making use of a spinning technique to bring about speed and strength, the discus requires the athlete to throw a disc shaped object across the field as far as possible. The athlete must begin the throw from a stationary position, but there are no specified requirements for the method used to throw the discus. To make the throw, the athlete stands within a circle marked on the ground and is not allowed to leave the circle before the discus has landed. If the contestant steps on or outside the circle, the throw is classified as a fail.

The ‘hammer’ is an extremely heavy metal ball weighing 7.2kg which is attached to a handle by a steel wire. The hammer event requires the contestant to have extreme strength and excellent technique, in order to throw the metal ball across the field. When making the throw the contestant must stand within a designated area, marked by a circle. If the athlete steps out of the circle during the throw or before the hammer lands, the throw is classified as a fail. 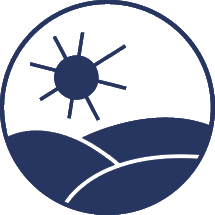 Cross country runs in the fall months as its own separate program. Peak Performance athletes are encouraged to join.